Readers – Please note that listed prices are accurate at the time of posting and are subject to change. Availability and prices may differ from country to country.

Please be aware that Today’s Sponsor may not always be free.

Authors – If you would like your book(s) to be included in this daily listing, please click HERE

Anya Michaels is having the time of her life. She has the man of her dreams by her side. She has graduated at the top of her class. She has the job others were lining up for. Between late night drinks at her favourite bar and fancy dinners at the most expensive restaurants, she has a string of adoring friends. Everything changes when she hears the dreaded words, “You are sick.”

Being diagnosed with a rare neurological disorder, her world starts to fall apart, one piece at a time. Now dumped, her four year relationship is nothing but a memory filled with pictures, thoughts and a very broken heart. Her job becomes an even further challenge as she tries to hide her condition. Her friends suddenly have more important things to do, what is a party without a party girl? Perfect could not crumble any faster.

Soon, caught between situations, people and pieces of life that she never dreamed of planning for herself, Anya begins to wonder if her brain condition is all that bad. As she absorbs the changes in her life and realization sets in, she begins to wonder if she is the only one saying: Excuse Me, My Brains Have Stepped Out.

Demetrius makes his first mistake when he lets his best friend Halcyon marry Eleyna, the love of his life, without saying a word. On the day of the wedding, he walks away from the Elencheran town of Dove’s Meadow and joins the army.

He makes his second mistake when the pirate Black Iris tricks him into letting dozens of men, women and children die in a fire. Demetrius is imprisoned in grief and disgrace.

But he can atone. The Black Iris is dead. The Ivory Rose has risen to the top of the pirates and is leading brutal raids on the coast. If Demetrius can capture and kill her, he’ll win his pardon.

And then Demetrius discovers the Ivory Rose is Eleyna. He must decide which will be his third mistake: losing his last chance at a pardon or destroying the one woman he’s ever loved. 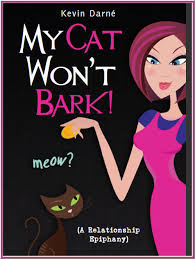 My Cat Won’t Bark! (A Relationship Epiphany) is about seeing things as they are in our relationships. It’s stripping away any illusions we may have conjured up and removing unrealistic expectations. It is a primary and primal message of self-empowerment. Kevin Darné delivers the all-important message that we tend to forget: Life is a personal journey. Our lives are the result of decisions and choices we have made. Each of us chooses our own friends, lovers, and spouse. We have the ability to learn from our mistakes and make better choices for ourselves in the future. When we change, our circumstances change.
Darné attacks the well-established Changing Water into Wine Myth, Communication Myth, Relationship Work Myth, Unrealistic Romantic Myth, and Monogamy Myth. My Cat Won’t Bark!: reveals and defines The Three Basic Types of Cheaters, The Real Meaning of Commitment, The One: Separating Myth from Reality, The Six Common Mistakes Women Make with Online Dating, The Recipe for Relationship Happiness, Finding Your Own Way, and much, much more!
My Cat Won’t Bark! (A Relationship Epiphany) will forever change the way you view and choose your relationships. 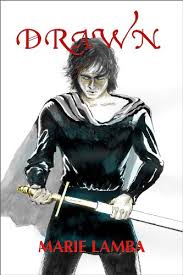 She’s the artist that finds him in her drawings. He’s the medieval ghost that conquers her heart. And their time is running out.

Michelle De Freccio moves to England seeking a normal life, but someone starts appearing in her sketches. Then he grabs her at the castle, his pale green eyes full of longing. She’s immediately drawn to him, but is Christopher Newman real? She’s either losing it, or channeling a hot ghost from the 1400’s. History calls him a murderer. Her heart tells her other truths. Now Michelle faces endless dangers…and a timeless love. 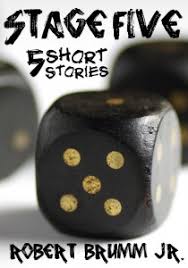 Robert Brumm Jr., author of Windigo Soul and the Desolate series, brings you Stage Five – a collection of five short stories.
Warning. May contain traces of the following:
Talking cats and dogs, a serial killer on dialysis, testicle dissecting robots, prostitutes getting shot in the back, a meth head burned alive, a decapitated head kicked across the room, a puggle tempted to eat fresh vomit, a woman with a hangover wearing a Reggie White t-shirt, a pink litter box, and the extinction of the human race.
A Blog Named Phil – Visit Phil’s blog to read his account of the day his dog and cat started talking to him. Yes, it happened to everybody but read it anyway. Phil’s a lonely guy.
Cooper – Having to kill a gum snapping prostitute, a knuckle cracking beefcake, and a twitchy meth head was just the start of Cooper’s bad day. When he gets teamed up with Vinnie Smalls, a razor wielding pain in the ass wise guy, to collect a debt, the night goes from bad to bizarre to deadly.
Stage Five – After a usual night of binge drinking and television watching, Amy finds herself locked in the basement cell of a serial killer the next morning. Her death seems certain until the killer realizes he may have picked the wrong woman to be his next victim.
We Called Them Sheen – They started out as personal assistants, butlers, nannies, and companions. They ended up being responsible for the extinction of the human race.
She Must be a Daisy – One cat and one man in an apartment. One dies. The other tries to survive.
One or more of the stories in this book contain descriptions of graphic violence and language meant for adults. 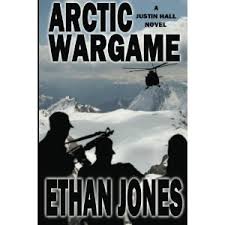 Arctic Wargame is the first book in the wildly popular Justin Hall spy thriller series. It hit the Amazon’s Top 100 Best Sellers in Suspense Thrillers list in July and October, standing at No. 11 and No. 8.
Canadian Intelligence Service Agent Justin Hall–combat-hardened in operations throughout Northern Africa–has been demoted after a botched mission in Libya.
When two foreign icebreakers appear in Canadian Arctic waters, Justin volunteers for the reconnaissance mission, eager to return to the field. His team discovers a foreign weapons cache deep in the Arctic, but they are not aware that a spy has infiltrated the Department of National Defense.
The team begins to unravel a treasonous plan against Canada, but they fall under attack from one of their own. Disarmed and stripped of their survival gear, they are stranded in a remote location. Now the team must race against time not only to save themselves, but their country.
Arctic Wargame is an action-packed spy thriller in the bestselling tradition of Portrait of a Spy, Rules of Betrayal and The Bourne Identity. Readers will enjoy a great tale of courage, fear and betrayal. 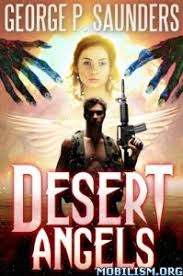 The end of the world, December 23. Nuclear war has come and gone, but planet Earth is now a radioactive graveyard, where the laws of physics no longer apply; the dead walk, and angels, demons and ghosts apparently populate the planet.
A survivor to this backdrop of horror is a scientist and medical doctor, Jack Calisto, whose wife had foreseen Armageddon shortly before she died two years earlier. He constructed a facility to take care of survivors and to ensure a small community of human beings survived. Plagued by mutants called Maddogs,
Jack and his people are also faced with irradiated horrors called Stiffers – zombie-like monstrosities that kill without reason. Jack is assisted by a mysterious entity that will not reveal itself to him – called the Guardian Angel. The Angel is actually the reincarnation of his dead wife who has come back to help him battle the forces of evil now unleashed on Earth. She is a bird by day, and turns human by night when Jack is asleep. She can only communicate to him in the written word, and informs him of a young woman he must save, Laura, who may be the new Eve to mankind. Jack Calisto is both scientist and warrior, up against impossible odds, in a world that now defies every known law of nature.

How to Get Your Body Back After Pregnancy – Louisa Jones

Having a baby is a truly beautiful gift, but our post-pregnancy bodies, if we’re honest, is often far from being beautiful. Our husbands tell us they love us just as we are, but secretly they fantasise about what we used to like. We feel, and we look – for want of a better word – ‘mumsy’! But yet, we all see the celebrities parading in fitted dresses, just a few short months after giving birth, and we tell ourselves it’s because they’ve got personal trainers, personal chefs, and that we will never be able to look as good as they do after pregnancy. Well, I’m here to tell you that you too can lose weight fast and Get your Body back after pregnancy!
I decided that even in my thirties, I was way too young to start looking ‘mumsy’ and there was no way I was going to be reduced to a one-piece swimsuit for the rest of my adult life . I wanted my figure back, I wanted to be fit, I wanted to be healthy and I wanted to feel attractive again! So I made up my mind to get my body back, and by following this guide, I achieved my bikini perfect body in 12weeks!
If you love your baby, but hate your post-baby body, this guide will help you get not only your figure back, but increased vitality and health.